People of our Past 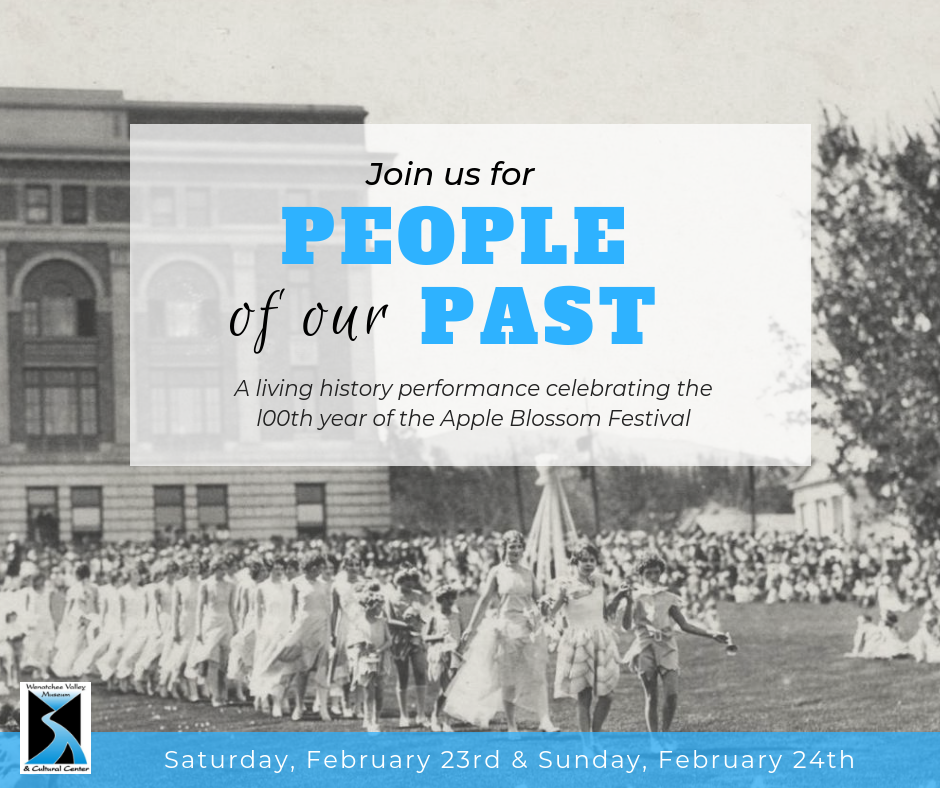 Get your tickets for the themed dinner HERE!

Mr. and Mrs. E. Wagner – 1920.  A pioneer fruit grower on Columbia River below Entiat who developed a Swakane Canyon spring, piped it 7 miles to his land, and created a large lush orchard. His wife was a charter member of the Ladies’ Musical Club, which started the first Blossom Festival in 1919.

Queen Rosella Corle – 1929. In celebration of the 10th anniversary of Apple Blossom, Queen Rosella was flown to Chicago to appear on a national NBC Radio broadcast and invite all Americans to Wenatchee for Apple Blossom.

Fern Cousineau Duncan – 1959. A WHS art teacher who designed and created individual crowns for ABF royalty every year, beginning in 1932. In 1959 she made a permanent crown for girls to use each year. Fern directed the queen’s coronation each year and designed royal robes and parade float, helped write pageants, created stage sets.

Bill Thoroughman – Applarian and director general, Bill and his wife were on the first ABF delegation to Misawa in 1967.