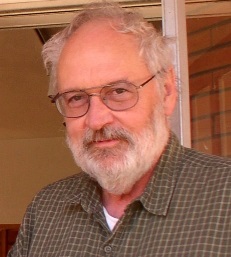 en Bretz established the science of megaflood paleohydrology with his 1920s studies of the Channeled Scablands of eastern Washington. It turns out, the Missoula Floods were not unique. By the late 1960s, discoveries showed the last major deglaciation on Earth included a world-wide pattern of huge outbursts of water from the edges of melting continental ice sheets. Global inventory of megafloods now counts about 50 episodes from Asia, Europe, North America, South America, and Iceland. Much of this water surged as short-duration floods, with peak flows comparable to ocean currents.

Erratics’ favorite, Dr. Vic Baker, Professor of Planetary Sciences and Geosciences U. of Arizona, will talk about these World-Wide Ice-Age Megafloods. We have learned much about processes and ages of megaflooding, but controversies remain, including areas of flooding now under the oceans; subglacial megaflooding; and details of a vast network of megaflood landscape features in Asia. These immense outburst floods likely caused rapid, short-term effects on Earth’s environment. Megafloods also may have inspired flood myths that abound in ancient cultures around the world, including Noah’s.

The program is free & open to the public.