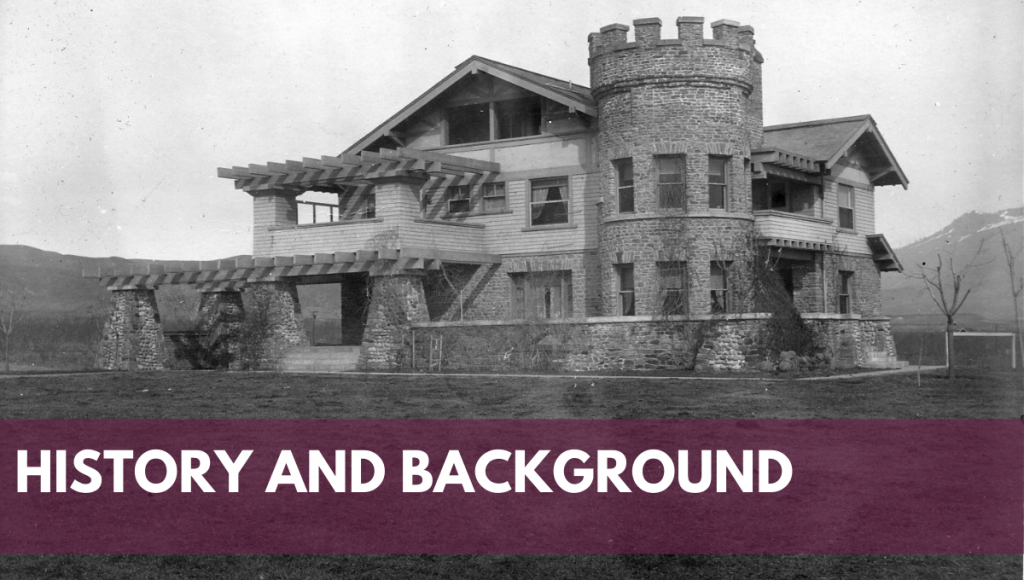 This distinctive craftsman style home was built in 1909 by early Wenatchee developer William T. Clark and his wife Adelaide. Mrs. Clark worked with 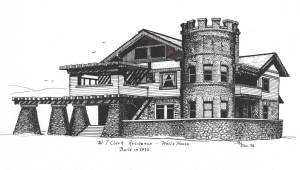 C.C. Cross & Son, Architects of Santa Monica, CA on the design of the house. Surrounded by an estate of 110 acres this beautifully designed home was known as one of the most spectacular residences in the Pacific Northwest.

In 1919 A.Z. and Emogene Wells purchased the home in one of the most notable real estate transfers in the Wenatchee Valley at that time. The Wells’ lived in the home for 30 years, then in 1949 they gifted the home and 5 acres to the Wenatchee School Board to start a regular campus for the Wenatchee Junior College. The house was used for girl’s dorms, administration offices, early classrooms and student actvities. “Wells House” became the hub of the campus.

In 2012, the Well House Committee became part of the Wenatchee Valley Museum & Cultural Center as an affiliate volunteer group, and in 2014 the House was deeded over to the Museum, with the goal of preserving and maintaining it so that it can be used and enjoyed by the public, raise awareness of our valley’s history, and be an architectural asset that contributes to a sense of place and pride within our community.

William T. Clark was born in Delphos, Ohio in 1860. He married Adelaide Wear in 1882 and together the couple had six children. In 1902 the family moved to Wenatchee, WA. Mr. Clark was the developer of the Highline Canal and the Columbia River pipeline bridge. He designed and built the Highline Canal, which did and still does provide water to thousands of acres of fruit land. He raised money for and built the first automobile bridge across the Columbia River. The steel cantilevered bridge still carries irrigation water 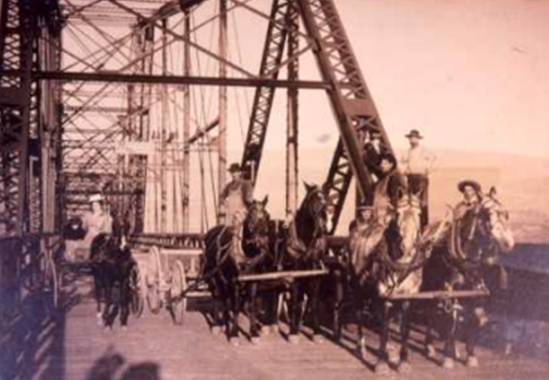 to the east side of the river and today it is the Apple Capital Loop Trail Pedestrian Bridge. Mr. Clark also owned the valley’s first newspaper, The Republic, and was the president of First National Bank and Wenatchee Fruit Growers Association. Through his business ventures and his volunteer work W.T. Clark made many life-changing devisions towards the development of the Wenatchee Valley.

Alfred Z. Wells was born in Missouri in 1869. He married Emogene Slick in 1896 in Rapid City, South Dakota. They had one child who died in infancy. They moved to Wenatchee in 1902 where they cleared sagebrush and planted apple trees between Wenatchee and the Canadian border. The largest appe tract is a place that became known as Azwell, WA. With his nephew, Alfred Morriz, A.Z. Wells co-owned Morris Hardware for several years. Wells and Morris dissolved their partnership in 1914, with Morris owning the store and Wells owning and operating the orchards. A year later, Wells partnered with well-known fruit-buyer, Jim Wade, creating Wells and Wade Hardware on the corner o 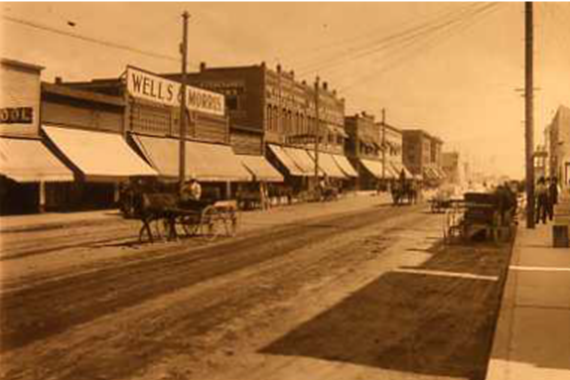 f Wenatchee Avenue and Yakima Street. They later incorporated Wells and Wade Fruit Company and in 1937, Wells bought out Wade’s interest in both the fruit and hardware companies.

Along with gifiting their home in 1949 to the school district for a college campus, the couple created the Wells Foundation, a trust fund to benefit the community in a variety of ways including ensuring the employees of the two Wells and Wade firms remained assured of jobs and career continuity. The impact of the Wells’ altruism is still resonating in the community today.