Made in Wenatchee – Gelato Tasting Event with Ice at Pybus Market

Join the Wenatchee Valley Museum to taste and savor gelato from Ice Visconti at Pybus Public Market. This virtual gelato tasting will take place on January 27th at 6 PM.

ICE Visconti prepares authentic Italian style gelato daily on location. Gelato is a popular frozen dessert of Italian origin. Like ice cream, gelato is made from milk and served in a dish or cone. Because gelato is made with whole milk rather than heavy cream, kept at a higher temperature, mixed with less air, and cooked before freezing, you’ll enjoy a dessert that is lighter, smoother, fresher, lower in calories and more flavorful. Sorbetto is made with sweetened juice, fruit puree, or water, and is dairy and egg-free.

Registration is $30 and each registrant will receive three – 8-ounce containers of gelato and the opportunity to participate in the live Zoom tasting.  Simply bring your confirmation email and pick up your gelato from Ice Visconti’s location at Pybus Public Market at 3 North Worthen Street in Wenatchee on January 27th during their regular business hours.

You will also later receive an email with the Zoom code and instructions for joining the webinar.

A portion of the proceeds benefits the Wenatchee Valley Museum. 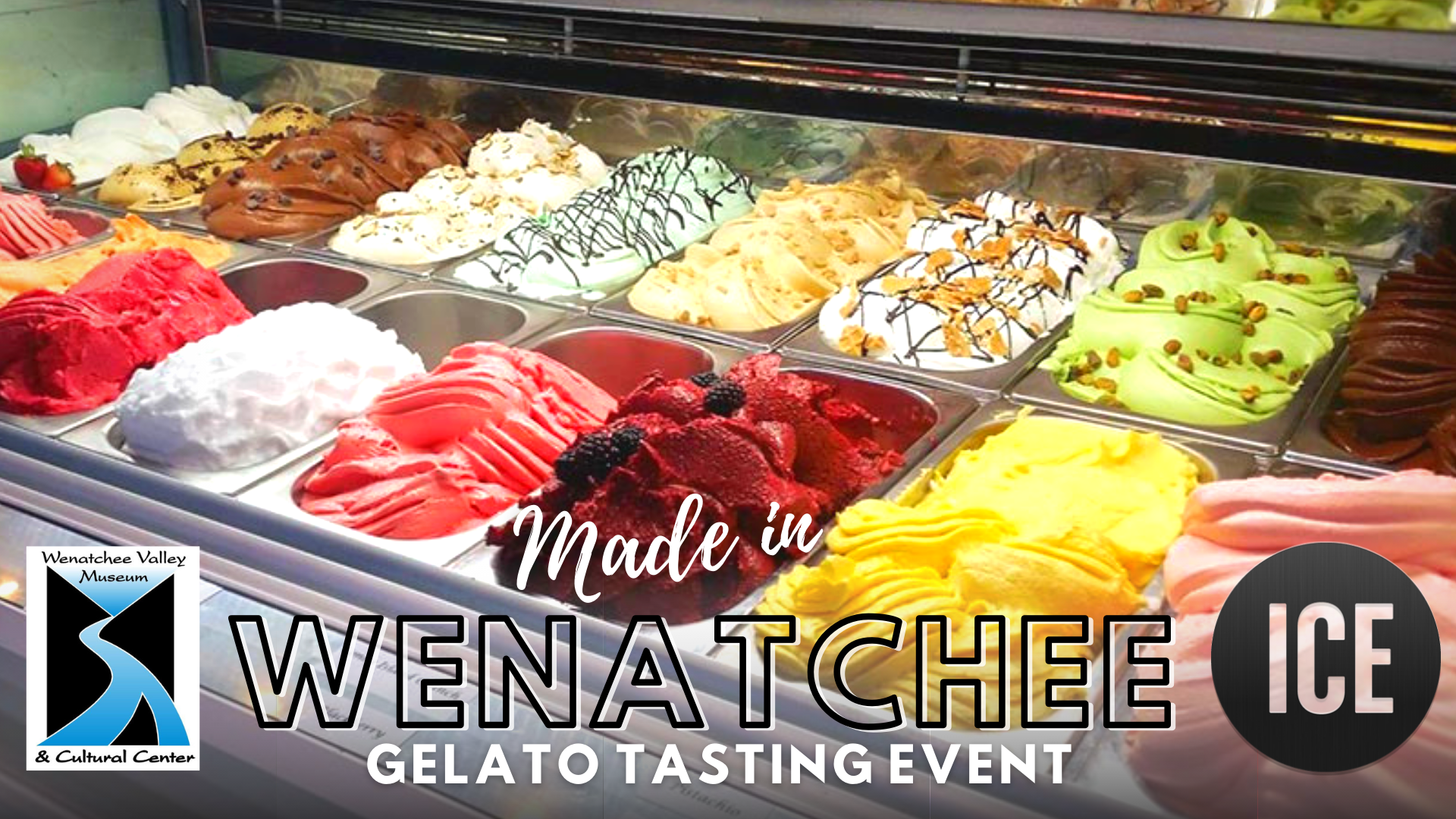